Ponnambili is an ongoing TV series in Mazhavil Manorama. It is produced under the popular banner ‘Prime Focus Productions’. The production banner of the superhit serial Balamani in Mazhavil Manorama. The show is directed by Girish Konni. The script is written by Rajesh Puthenpurayil who has given hit projects such as Balamani & Ente Pennu in Mazhavil Manorama while the story is written by Sudhakar Mangalodayam. Malavika Wales of the Vineeth Sreenivasan debut direction movie Malarvadi Acts Club essays the title character of Ponnambili in this serial. Her love interest Haripadmanabhan is portrayed by new comer Rahul.

"Puzhakkarakavu veedu" is a hereditary estate with a prestigious legacy to assert from times extremely old. It is now owned by Appumash and family.

Appumash is a local school teacher. He has three daughters and a son. Abhayan is his eldest and only son. Presently he is awaiting for the result of I.A.S Exam. Appumash's second child is “Ponnambili”. She excels in studies and is a very talented instrumentalist. The third one is “Ashalatha”. Ashalatha is a trainee nurse. Unlike Ponnambili Ashalatha’s aspirations and perspectives on life are vastly colorful and pompous. The youngest one Ammu has a physical impediment of her legs right from the birth. Despite the physical deficiencies, she carries herself forward in life cheerfully. Nothing can prevent her from seeking after her gifts, and now she is all into learning music. Appumash's family have another member - Malavika. She is Appumash's sister's daughter. He see her as his daughter and cared for her. Malavika lost her mother years back. After that, she is living with Appumash's family. Now, she is the backbone of the family. She cares everyone and well attached to the family.

Appumash has a soft corner for Malavika fundamentally persuaded by her tragedic life. Malavika's mother died because of the physical and mental tortures, that she had faced from her husband Raghavankutty. Malavika’s father Raghavankutty is a wayward character with no morale. He never cares for others. Being a drunkard, he is irresponsible and not even consider his family needs. Raghavankutty is under the imprisonment for the past many years. He had been sentenced to jail as a result of a verdict on a murder case trail. This is the tragedic story of Malavika and her family.

Appumash wants to make Malavika’s life secure and wish a happy future. He has an intention to get her married to his son Abhayan , as soon as Abhayan’s much awaited as I.A.S test results came out. Waiting for the right time to present this before everyone Appumash already though much about that.

As the family is financially not stable Appumash hopes for the good times to come soon when Abhayan and his daughters would become socially and financially settled in life. He doubts how much he can support his family gaunt monthly income he earns.

Life becomes more miserable when Appumash receives a notification from the bank on the little property of his land and the age old adjoining house they live in, which was pledged in the bank as a pawn for the past few years.

To pay the expenses for the treatment of Appumash's wife, the property was indebted at the bank. She had fought the illness with the help of medicines for many years, but eventually succumbed to death. The notification from the authorities of the bank clearly states that, they are moving to the procedure of an auction of the collateral in case of nonpayment within the given time.

This forces Ponnambili to halt her studies and takes up a job in a garments company. The gripping and heart rending situation of the story which happens then on are portrayed beautifully in this serial. 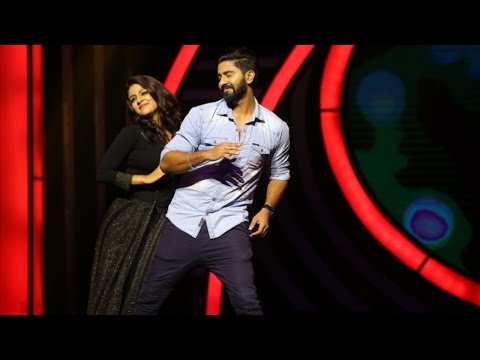 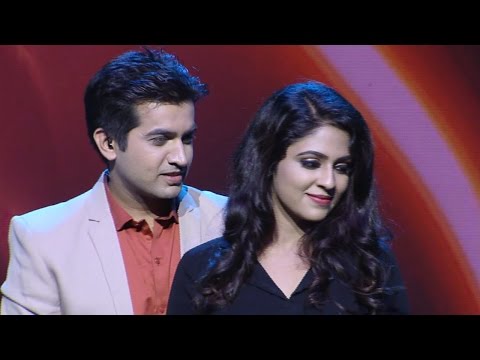 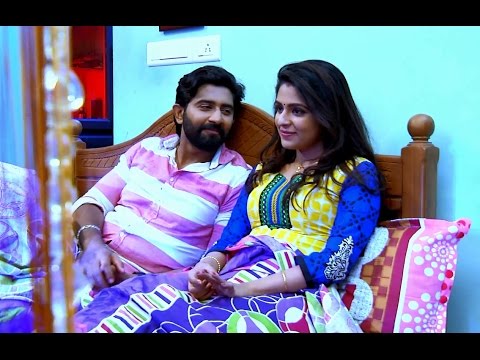 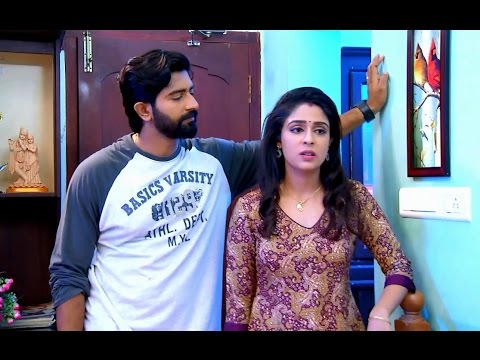 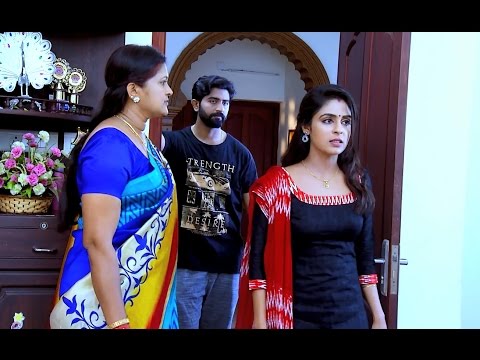 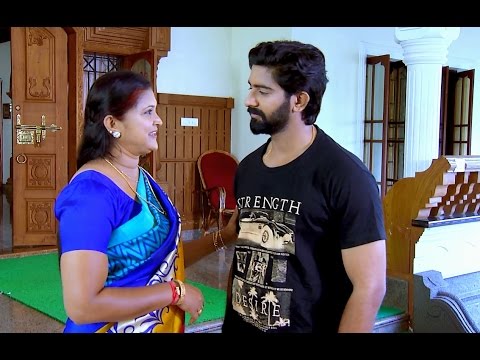 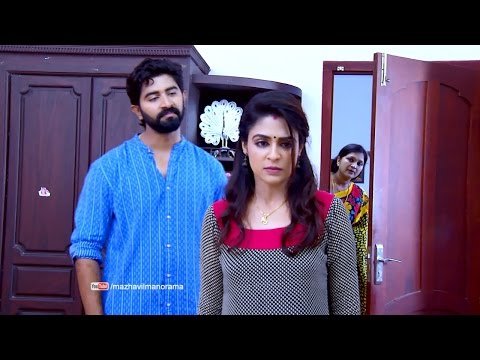 Ponnambili I Is this drama of Ponnu & Hari? I Mazhavil Manorama 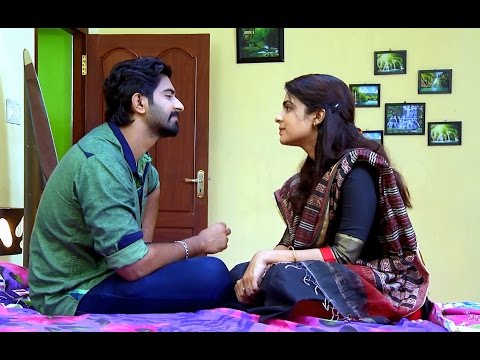 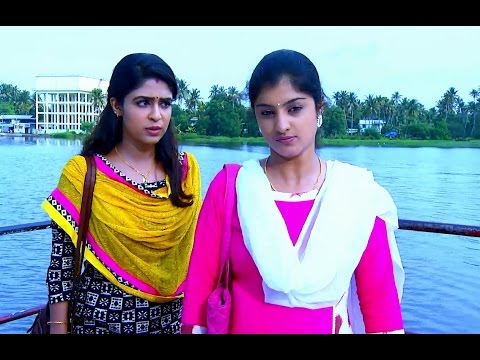 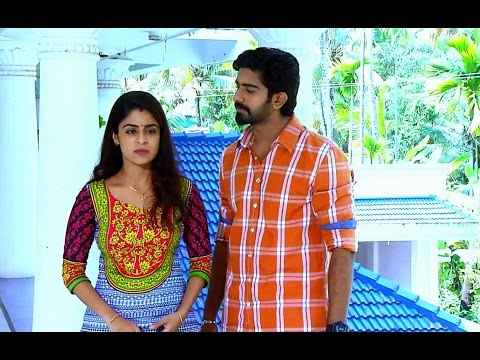 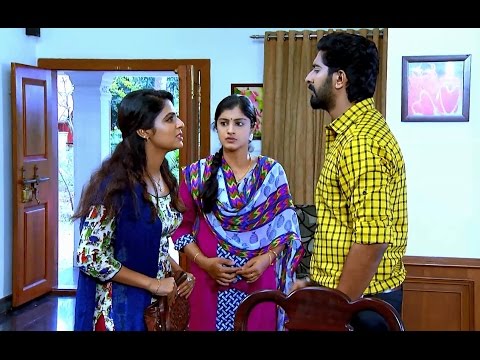 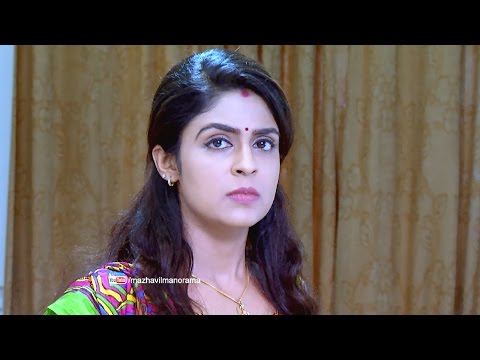